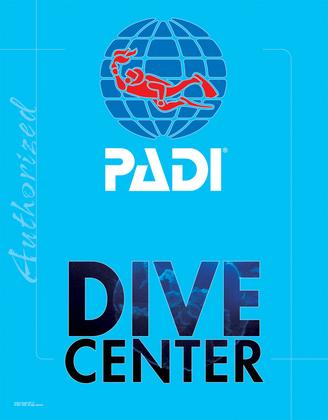 Adventure West Scuba is a full service PADI dive center. Our dive shop is over 5,000 square feet with cabinet displays featuring high quality brands and products. Our state of the art indoor heated pool is 12’6″ deep and 50' in length. Separate men’s and women’s showers, locker rooms and changing facilities are adjacent to the pool. All rental equipment is easily displayed for added convenience. We have a custom storage and filling facility for our tanks for both nitrox/enriched and standard air. 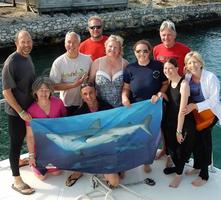 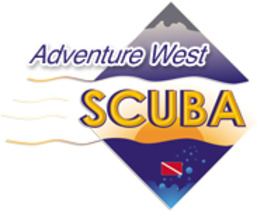 Doug Gilbert, Owner, Master Scuba Diver Trainer
Doug has loved diving since his first dive in 1979 and it has just gotten better and better every year. Doug and his wife, Lynnette, opened Adventure West Scuba in May of 2007, so they could share their love of diving with everyone. Doug also enjoys camping, boating, fishing, and woodworking. He enjoys traveling with his wife and their two children, Andy and Heather. His favorite place to dive is Hawaii.

Craig Guerrero, Open Water Scuba Instructor
Craig grew up in California and loves the ocean. He began working for Adventure West Scuba shortly after they opened and then became open water certified and then instantly fell in love with the sport and now wants to share his passion with everyone. He enjoys teaching and helping people get out to their comfort zones. He has been an instructor for 7 years and loves what he does and it shows! He loves sharks and night diving. Craig is multilingual , speaking English, Spanish and a little Italian. He hopes to dive his dream location Rangiroa, French Polynesia, but his current favorite is the Channel Islands.

Rachelle grew up in Morgan, Utah and from the time she was three she developed a great love for the ocean. Growing up, her dad called her "the fish" because she always wanted to be swimming, no matter what body of water it was.  She signed up to do the open water diver class the day she turned 12 (that was the minimum age or it would've been sooner). She has been an avid diver for 23 years now and loves every minute!  After spending some years working with animals at zoos and aquariums from Chicago to Logan, Utah, she decided to settle back into Logan and start her journey to teaching Scuba!  She loves teaching, and  also loves learning from the students every day.  Give this girl a body of water, and she'll dive it!

Kevin Ritz, Open Water Scuba Instructor
Kevin grew up in Sparks, Nevada and has been diving for over 10 years. Kevin not only enjoys scuba diving, but also loves boating, camping, hiking, fishing, shooting and going to the movies. Kevin enjoys spending time with his kids. Kevin’s favorite place to dive is Monterey, California.

Tina believes that being able to teach allows her to share her love for water. After 22+years of diving, she can't imagine her life without scuba diving, her "My liquid silence". She loves being a scuba and swimming instructor because she gets to be someone's first, time and time again, day after day, and that to her, is a very special thing. She loves being able to guide students from the initial nervousness to being confident in the water. Her favorite quote is "the sea, once it cast its spell, holds one in its net of wonder forever", Jacques Yves Cousteau.
​

Tyler Cunningham, Master Scuba Diver Trainer
Tyler was born in Colorado, and lived in Germany as a child. He has a love for the many faces of human culture and loves meeting  people from different walks of life. One of his philosophies in life is that everyone has something to teach us. Tyler has traveled to over 30 countries, living in places such as India, Europe, and Thailand where he received his training. As an ardent pursuer of exploration and a taste for adventure he quickly fell in love with Scuba diving in 2007 where he then committed to excel in the field. He enjoys being in the water, near the water and on the water.

Robert Johnson, Master Scuba Diver Trainer
Robert has been diving for 30 years and loves everything about the industry. Robert enjoys welding, farming, camping, boating, and spending time with his family. Founder of the Water Chicken Pirates Diving Group.

Brent is from Price, Utah. He has been diving since 2011 and received his instructor in the Red Sea, Egypt in 2014. Brent is a certified instructor for more than 20 different specialties. He has been an instructor with Adventure West Scuba since 2014, Brent enjoys teaching at Adventure West Scuba because he is not just an employee but a part of the family. Brent wasn't able to dive when he was younger due to health and ear problems, but one day one of his ear tubes fell out and the doctor cleared him for diving, and he has been in the water ever since. Brent has visited Hawaii, Brazil, Egypt, but his favorite place to dive is Catalina in a drysuit surrounded by the kelp forests.